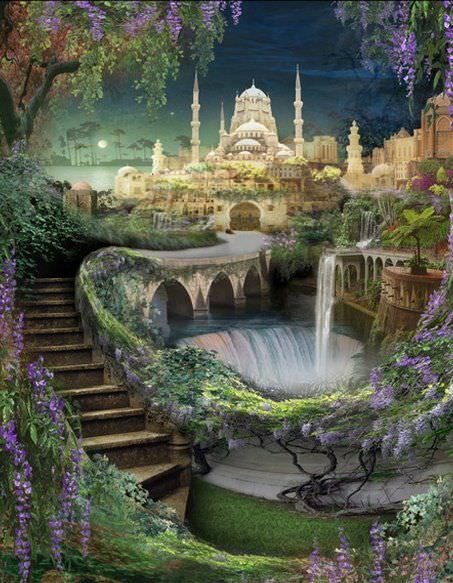 The underground world of Cry﻿stallo Stella extends underground from the north where Raven’s Landing stands, through the mountain range to the south to Saint Desolatus. Entrances to Crystallo Stella are found at the base of Wicker Mountain, and the coast of Raven’s Landing hidden in the face of a cliff. Other entrances have yet to be discovered, or manmade. 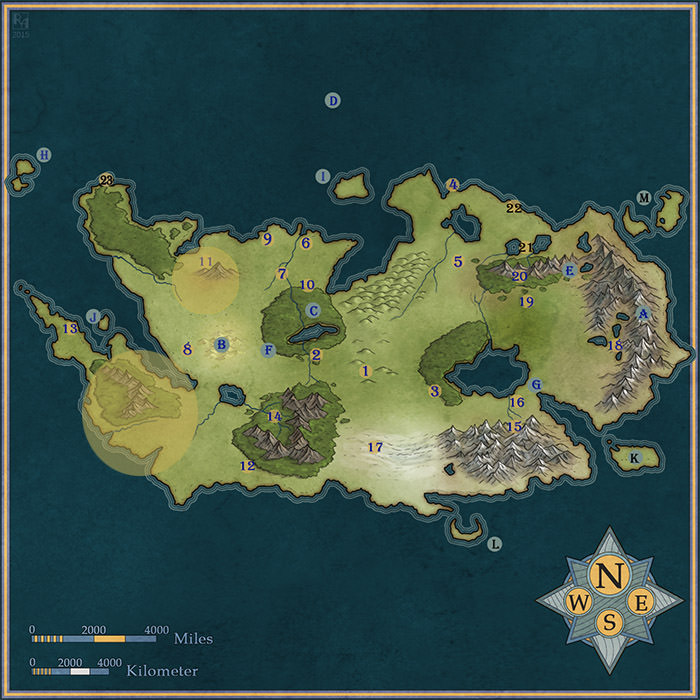 When eyes are first laid upon the capital of Crystallo Stella, ‘Nigrum Stella,’ massive buildings made of stone and quartz can be seen from high altitude on a well-traveled road deep into the mountain. The quartz mimics the sun powering much of the city, other stones give off glows of multiple colors giving a show of lights.

The building architecture is very similar to the ancient romans, many have the flowing water through the floors to in home baths and mini baths that hold fish or other water living creatures often used as pets or simply food. The houses are held up by the massive carved rock pillars that are often seen to be covered by the green vines of a jungle plant that had adapted to the darker environments, as well as the climate. The roofs are open to the sky made of natural quartz crystal, which is often found incorporated into the structure of the houses, other more high-quality minerals are found in the buildings of the upper-class citizens and public buildings like the royal house and temples. ﻿Crystallo Stella appears to be a massive mountain that often changes its formation due to the high priests/priestess manipulating the mountain to allow in the elements (sunlight, rain).

With a steady 70/80 temperature with humidity mixing with the coolness created by the inside of the mountain. Even with the city being deep within a mountain, a natural jungle supported by the indigenous people allow for massive vines and trees to take over, with the earth having been manipulated to allow for the jungles and water to take over.

Outside Crystallo Stella is a thick jungle full of thickly grown trees that cover most of the canopy, moss most often found on the trunks of the trees and on any fallen fauna. Wild flowers can be found in patches where the sun pushes through the canopy much easier. Mushrooms and many other nocturnal growing plant life can be found in the caves and in trunks of the trees. Further into the mountain thick green vines and jungle life oddly grows in the dark, natural minerals like quartz crystal can be seen protruding from the rock face inside the caverns.

The culture of Crystallo Stella is made up of a mix of different races: Faerie, Dwarves, Elf and Human. The differences can be seen in the architecture of the buildings that were crafted by the Dwarves working with the Fae to give the inside of the mountains life, and magic powered crystals bring light and other items to life for the people.

The underground City of Crystallo Stella is self-sustaining, every outside village contributes with farms, some specializing in certain crops, animals and the like. No outside commerce has been brought to the City, but with the exposure that will soon change.

The people worship Mother Nature, and everything given to them by her. The land is the most sacred to them, they’re often seen protecting ancient life like the tree. The high priests and priestesses can be found worshipping in the temple built around a massive tree with a face, or performing rituals for the seasons.

It is said that the Tree is a link to the Tree of Life, a life line to the great mother Gaia.

Large white stone carved castle cut from the rock of the mountain give way to the home of the royal family, and birth to the natural spring water that feeds other streams and rivers.

A beautiful massive tree within the waterfall that houses the priests and priestesses that worship and teach about Gaia and all that she has done for her children. Found inside the temple is an odd tree with a face, the source of worship for all the practicing citizens.

Blue Agate Library of Other Worlds

The Blue Agate Library can be found carved into the eastern wall of the mountains, the structure donning large carved columns and a roof made from the blue agate. Inside the library is housed works from all over the world of Valucre, pieces that are brought back from travels of outside agents of the royal family. Some of the most delicate of works are kept under lock and key and are often put on display for the people to visit.

Large dome building leading into a garden of many flowers and shrubs that grow from ground to ceiling, the all crystal cut windows allow for the rays of the sunlight to nourish the plant life. This often a popular place for families to visit or for those who are doing a hand fastening.

The Government consists of the ruler the Queen/King, and a council of Nobles stationed throughout the underground nation of Crystallo Stella. Each of the smaller villages are ran by the nobles, each house cares for their individual citizens managing any crime that may pop up. Each Noble House has a small army that can be called upon in times of war, or diplomatic reasons.

Academies are found in the central part of the city, it houses the teachings for children as young as 4 years of age, until they mature into young adults. This academy gives them a chance to decide to take on a trade or a specialty at the age of 18 allowing them to join guilds and continue as apprentices.

Long distances of travel the people of Crystallo Stella can be seen traveling by carriage or horseback.

Parts of Nigrum Stella is ran through with a large river that came from the waterfalls that stem from the Temple itself. Other water sources can be found deeper in the mountain where smaller villages are stationed. The largest pool of water can be found outside the Castle, the lake provides for a cool place to retreat from everyday stress.

Malintzin, Eternity, Csl and 2 others reacted to this
Sign in to follow this
Followers 0
Go to articles