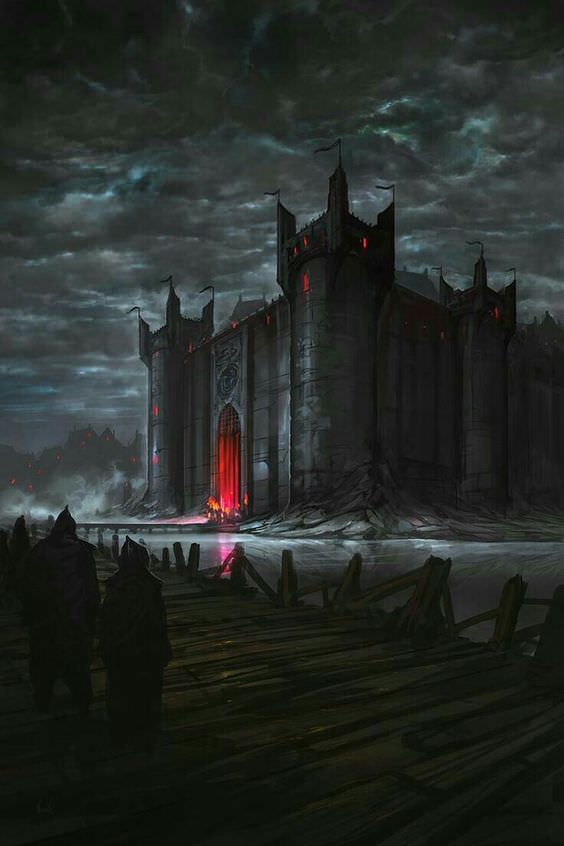 Reyer City is a headache that politicians do anything to ignore, broaching the subject of the prison briefly during their meetings- as required to according to procedural requirements- and then swiftly voting to address the problems within the city at a later meeting. The original purpose of the city was to honor an old War Commander, but politicians changed in into the Prison City found today. Although deemed a prison city, not all of its occupants are in fact prisoners. Many of the residents on the outer edges of the city are poor folk who had nowhere else to go, and had to choose between living on the streets of some city or living on the outskirts of Reyer city, in what could be called its ‘better neighborhoods’, if such a thing exists.

Unfortunately, in order to take advantage of the cheap property and living expenses, the tenants are required to sign a contract stating that they will reside within the dwellings for a term of no less than ten years. Given that chances for regular ‘legal’ employment is rare and hard to obtain, many residents have a difficult time making ends meet even within the city with a low cost of living standard such as Reyer has. The compulsory leases, low employment opportunities, and endless crime rates are just a few of many things that degrade the appeal of living within their noncriminal districts, and thus many have chosen long-term homelessness over staying within Reyer.

The city is circular in shape, allowing those who are there voluntarily to reside on the outer edges and then homes for criminals flowing towards the center, with those who have the worst crimes taking properties closer to the center. The further inward a person goes, the resources are available, with things such as food and clean water becoming of a great concern. Strangely enough, the city skies are always grey and drab from within the city, and as one approaches the center, the light continues to fade. Within the heart of the city, the odd light phenomenon reaches its peak. Those who have seen the center state that everything appears grey and dull, as if color were leached from the world and the only light reaching through was the limited amounts seen an hour before dusk.

While citizens in the middle are by no means friendly folk- those who have murdered in the acts of passion, long time thieves, rapists- there is a place for those considered even worse- serial murderers and political prisoners. Accessed from the center of the city, there is one door leading down to what is known as The Reyer Underground, this door three feet thick, made of enchanted steel. It locks down as if the contents were valuables kept within a safe, although the contents are people they hope to never see again. Once someone is taken inside, they are there to stay, until either their political involvement is renounced or deemed no longer a threat, or until their death. Often, those who are ‘cleared’, are never recovered, assumed dead as well.

Above ground and below, there are numerous nuances to the politics surrounding the place. Never fully unified, the surface is ran by numerous gangs varying in power, some small and only capable of petty crimes, others large and powerful, using their power to prey upon the weaker. The gangs are allowed to operate by the guards and the warden, as it keeps the people split apart and occupied by their criminal activities. Criminals who cannot unite are criminals that shall never overthrow the guards.

The city is said to be impossible to escape, between high walls and numerous magical methods used to keep prisoners inside. Nevertheless, contraband is a frequent problem, as the majority of guards are corrupt to some degree, some worse than the average prisoner they guard. The Warden is among those corrupt, absolutely self-interested and only concerned with his power, uncaring of the deteriorating conditions and repulsive practices. Indeed, many guards have brought in weapons, drugs, and sometimes even women- to be traded off in exchange for stolen goods and favors. The Warden not only overlooks these practices, he often engages in them himself.

Flag: Reyer has no flag. They are a Prison more than a city and they care not to give any sort of pride or morale to those who are guarded.

Ruler: Reyer City Prison is ruled by a Warden, who is appointed by the politicians of Genesaris. The Warden is a morally bankrupt man, who engages in more criminal activities than the average prisoner of the prison-city. He has ties to many of the major crime lords, and will feed each different bits of information and goods in exchange for the drugs they produce. The Warden enjoys his seat of power, and will gladly allow the leaders of Genesaris to ignore the problems of the city, so long as they ‘allocate’ funds for him to make improvements as possible or to hire more help, which he uses to line his pockets.

The city does not have an actual military in a sense that they are there to protect the city from what may try to enter, but instead their jobs are to keep what resides within the city to remain within the city. The city guard are thoroughly trained and competent officials, often having strong military backgrounds from other cities before deciding to take a post within Reyer City. The city boasts a ratio of one guard to every three prisoners, and the count of the prisoners is immeasurably high. While they have little interest in enforcing rules that do not benefit them in some moment, or protecting the actual civilians for that matter, one should not mistake idleness and disinterest as incompetence.

This is the nicest part of the city, if one could call any part of it nice. The lighting is almost normal, the availability of fresh water more or less adequate for the residents, and there are some jobs to be had, as well as areas for growing food. The residents are afforded some level of protection from the guards, assuming they stay on their good side- often done through bribery (money, food, ‘favors’). Those who fail to curtail favor from the guards become the targets of rampant crimes, some very violent. Many of the criminal residents come to take contraband items, money, identification papers (of no use to them, but they love to take them away from others nonetheless), and the clean water.

Each layer of Reyer is separated by a wall that is intended to keep criminals within their sections, but is only half-effective at best. While the center rings hold the more typical criminals with less offensive crimes on their record, those who are staying for longer durations and in relation to violent crimes get to reside within the inner most layer of the surface level. As one travels further inward, the availability for legitimate work fades to nil, and clean water becomes much harder to come by. Crime within the inner ring is at its highest, with numerous thefts, assaults, and even rapes occurring daily. It is within this ring that the more powerful crime gangs are centered, although their activities extend to all parts of the surface of Reyer.

The most desolate of places within Reyer, the underground is where the worst of the worst are taken, be they mass murderers or political prisoners. There is only one known way down to the underground city, and that one way in is the only known way back out. The entrance is a vault door, held together by fine smithing and magical enhancements, making breaking out all but impossible. The doors are only opened for the admittance- or the very rare release- of prisoners within the city.

Water is available to those below through runoff from the cities gutters, which washes down a network of pipes down to the city that is half a mile below the surface. This of course means what little water that is available is often tainted with blood, soil, urine, and feces. Below the surface, there is no natural light, only light produced by faintly burning torches, magically enhanced so they never burn out, but burn only half as bright. Those below the surface are forced to forage for food from naturally growing mosses, fungi, and other underground plants. For protein, the prisoners must go after the small amount of game available, while some turn to cannibalism through eating the dead.

Like above, those who are committed to the bottom are given a space to stay, which is nothing more than some ramshackle unit with a barely standing bed and desk. There is no work to be found beneath the surface, and every day is a test of will to survive. Fights are common, including pit fights in which people battle for rare goods- food, better weapons, etc- at the risk of their life. Given the hopelessness of the living areas, many eventually succumb to suicide. Those few who leave are said to be as pale as ghosts, often mistaken for one of the walking dead.