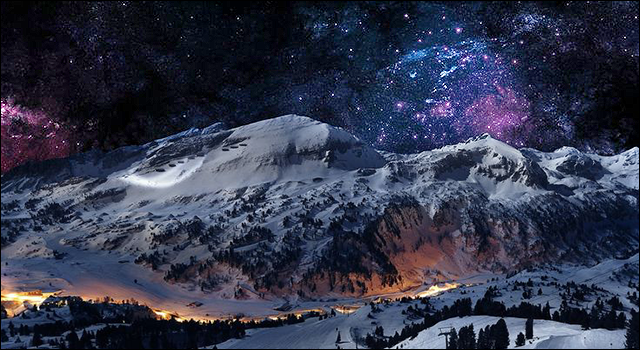 “Approach. What is it you seek? A challenge? A gift? A favor? Or sport?”

—Keljarsa of the High Lord’s Labyrinth

The Great Mountain Range, colloquially known as the Cold Mountains, possesses the mightiest peaks in all of Genesaris. It is a towering range of sun-baked rock unmatched in scale anywhere else on the continent. At their highest point, the Cold Mountains command a view as far south as the Blade of Caverns, to Kethlerin in the west, with Mageside City, Vdara Kingdom and even the distant isles of Orisia to the north. Reaching from the heart of the Cold South to the very crest of the Arcane East, the Cold Mountains are the largest mountain range in the world. The four highest altitudes of the continent all belong to this range, with its highest peak, Mount Ruzahl, rising well beyond 40,000 feet (12,192.00m) above sea level.

Rising from the earth like a great wall of rock and ice, situated at the easternmost edge of the continent, the Cold Mountains are also known as the End of the World, as no land exists beyond their enormous vanguard spare for a whisper-thin edge of sharp cliffs and stony beaches along the coastline.

As the home of the Great Ones and their fabled labyrinth, the Cold Mountains have always been a place of engaging myths and legends. These range from stories of desperate adventurers braving the mountains’ treacherous paths in search of enlightenment and favor from the three immortals of lore to the marvelous tales of enchanting gods and hellish demons battling for supremacy of the storm-ridden mountain front. Yet, even amongst the plethora of cultural tall-tales, this much holds true: the Cold Mountains stand as the precipice of ascension to some and an icy, isolated burial ground for many others. 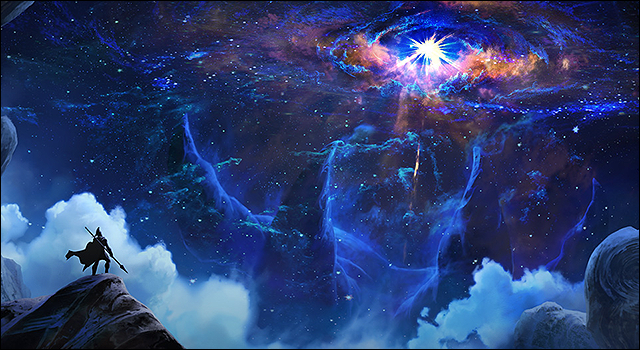 Of all the mountains calling the Great Range home, Mount Eira (also known as the ‘Merciful One’) is arguably the most populated and visited by tourists from across the continent. Situated at the southernmost tail of the eastern range, it possesses the lowest altitude of the four grand summits, a bare 29,000 feet (8,830.2m), and also the most accessible of pathways. Such favoritism has made Mount Eira home to a variety of scattered, tribal communities that have established nomadic camps around its base and along the plateaus of its flanks. With the highest of its peaks barely cresting the lowest canopy of clouds, Mount Eira’s ascent provides an honest, challenging affair for seasoned climbers, spiritual adventurers, and warriors alike.

More recently, strange tales have begun to surface from those who have reached the summit of the mountain. Rumors that Eira's Crown (the highest point of Mount Eira's peak) is, in fact, a portal to another dimension. Various climbers of no relation have accounted, with perfect clarity, startlingly similar tales of strange happenings in the mountain sky.

“We reached Eira’s Crown in just three days, much quicker than many of the other expeditions I’d escorted from Bronte. It wasn’t until the night before our departure that I was awoken by a whisper, so very weak and distant, yet undoubtedly clear to my ears. It called to me from the Crown’s highest ridge, and compelled by its unearthly timbre, I followed. As I crested the rise, I beheld a cosmos ablaze. The sky opened itself to me like the maw of a great beast, and with a single breath, swallowed the clouds and stars and night. But in its gullet of starfire of darkness, I glimpsed a realm of giants and titans of copper and steel and silver; beings of light and sound and fury. It was the most beautiful and terrifying thing I have ever seen.” 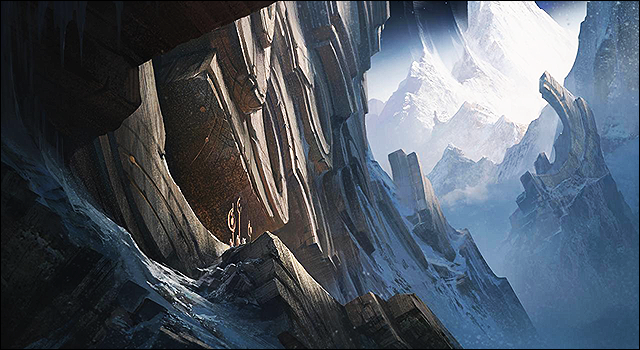 Immediately to the north lies Mount Eira’s harsher brother, Mount Tyrin. Standing a colossal 35,000 feet (11,887.2m), the mountain’s sheer flanks and the treacherous conditions of its high, slanted slopes make it all but impossible to climb. Tyrin’s rocks and crevices are littered with the gnarled, frozen bodies of the countless men and women who have attempted and failed, deemed unworthy by the stalwart mountain. The ascent is a grueling test of even the most accomplished climbers’ very being, a judge of one’s very soul. Some climbers ascend for weeks or months, others for only a day, for the mountain’s temperament is as unpredictable as the ocean it stands alongside. However, those who do manage to conquer the mountain’s ascent find themselves in the company of the tribes, such as the Ephraim and Simeon, or the ancient orders, such as the Fuuma and Hyouma, who have endured the harsh climate and unforgiving slopes of Mount Tyrin for millennia.

Here, they worship neither the immortal beings of lore nor the vast gods of the arcane lands below, but the heavens themselves -- a vast, limitless expanse of glittering star fire, constellations, and racing comets. 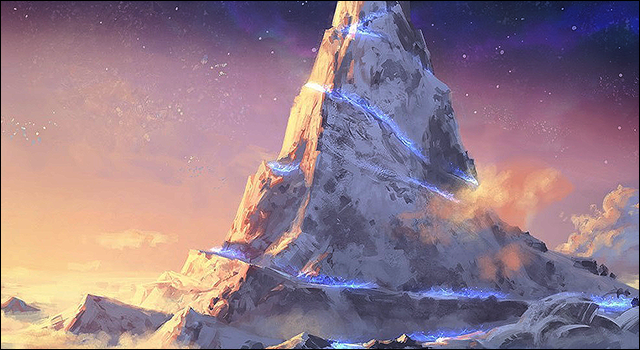 Standing head and shoulder above all others challengers, Mount Ruzahl (also known as the ‘Mountain Spirit’ or ‘Great Watcher’) claims the highest point in all of Genesaris. Ruzahl’s peerless massif includes the adjacent peak, Freyer (39,000 ft.), which stands second only to the Great Watcher.

Of the four, the peaks of both Ruzahl and Freyer are physically impossible to gain access to by traditional means as both pose substantial, and often inhuman, challenges during the ascent through their death-zones (In mountaineering, death-zone refers to altitudes above a certain point where oxygen levels are insufficient to sustain human life). These two monoliths are also subject to an interminable cycle of magestorms, the fiercest to ever be documented in the modern day. Still, these treacherous conditions have not stopped countless individuals from trying their hand at the impossible. Ruzahl and Freyer possess the largest scales of magical torque (In sorcery, ‘torque’ refers to a powerful lingering force in nature which alters the flow of magic. A pillar of the arcane forces in Genesaris, the Cold Mountains has unnaturally high levels of innervating torque.), also known as thaumaturgic wells, in all the range, and have become a haven for orders and individuals focusing on the practice of experimental and dangerous magics.

Furthermore, Ruzahl and Freyer both sit atop the sprawling High Lords’ Labyrinth. People of all walks of life-- from the hopeless and desperate seeking faith to the power hungry seeking the ultimate arcane truth --have tested their merit in the shadow of the mountain, hoping to impress the Great Ones and earn their favor.

Some believe that the peak of Ruzahl is home to the Genesarian pantheon, a mighty domain where the gods convene to determine the fates of the mortals inhabiting their lands. Others, skeptical of such novelties, believe there to be nothing more than cold, desolate, storm-battered rock awaiting the poor inhuman soul unfortunate enough to risk their life.